I read in a Thai textbook written by the Department of Education that, “Thai is generally monosyllabic, no word change due to conjugation and affixation,” and “Thai is monosyllabic, but becomes polysyllabic due to lexical processes and borrowing.” However, it never occurs to me what they meant by saying monosyllabic until I am concurrently teaching ESL to Thai students and Thai to American students. I was not the best Phonology and Phonetics student at Chiangmai University to be honest with you. What clicks in my head today is that Thai students try to pronounce word by word at the time which works in Thai, but not in spoken English. On the contrary, farang students try to merge Thai sounds together like the concept of schwa in English, which again doesn’t work as well in Thai. For example, my farang student was trying to say Tamngan (to work) but he merged the middle syllable together so the sound he produced just didn’t sound write to my Thai ear. The word is formed using two units: tam (to do) and ngan (to work). Then, the other day, my Thai students all introduce themselves stressing the word is in, “My name IS.”Again, one word at the time and they sound like a robot.

Technically, it only took me eleven years to figure this out and understand what the CMU professors were teaching me. I’m learning by experiencing after all. =D If my linguist friends read this entry, they will probably scold at me and might dispute my claim. Oh well, this is just my realization/observation after trying to help my English and Thai students. I might be wrong. 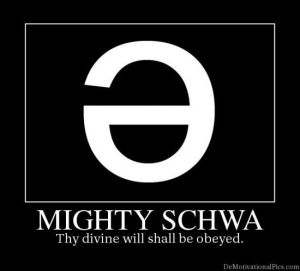 Are you ready to start a Thai lesson?

Please e-mail me at kedsri@gmail.com

Current Availability: I am currently accepting new students. I am available on Mondays, Wednesdays, and Fridays.

A glimpse to what my past students said about our lessons

"I am constantly motivated, excited to learn more, proud to show off my thai and have impressed not just my girlfriend who is thai but her entire family."

"... attention to detail and lesson plans tailored to my needs."

Thank you for your support!